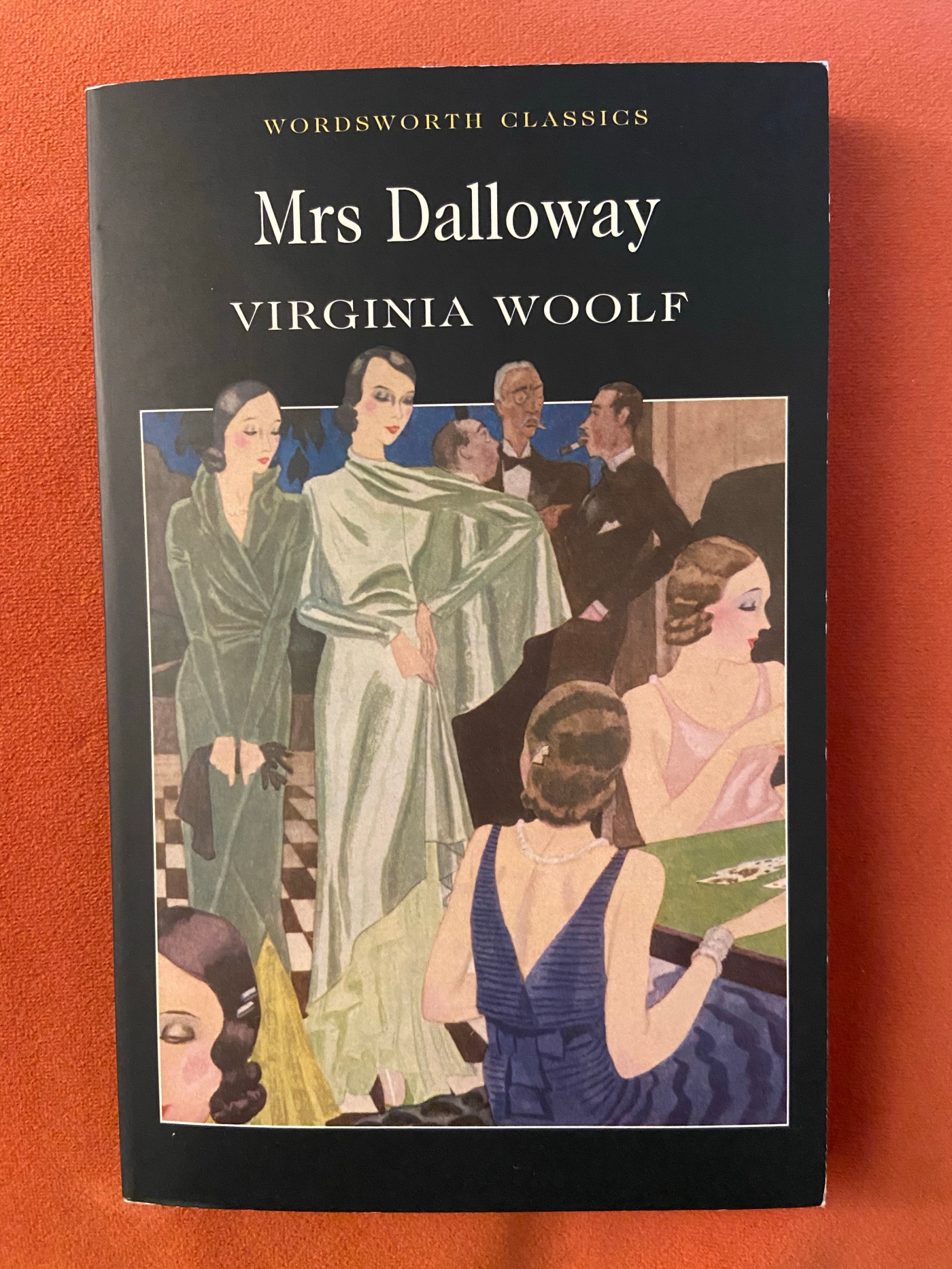 I often wonder when I will actually get through all the books I was meant to read while at university and I’m only now going through and reading them in full. As I’ve not reached the bottom of that pile, we’re once again returning to a book I should’ve read during my second year “Mrs Dalloway”.

One of the main reasons I never read this book is that I’m not a huge fan of classic “naturalism” books. They always come across rather dull to me and sometimes don’t make a lot of sense. I wanted to make an exception for a book like this, with Virginia Woolf’s writing being revered, and hearing good reviews on this particular book itself.

Virginia Woolf’s singular technique in Mrs Dalloway heralds a break with the traditional novel form and reflects a genuine humanity and a concern with the experiences that both enrich and stultify existence. Society hostess, Clarissa Dalloway is giving a party.

Her thoughts and sensations on that one day, and the interior monologues of others whose lives are interwoven with hers gradually reveal the characters of the central protagonists. Clarissa’s life is touched by tragedy as the events in her day run parallel to those of Septimus Warren Smith, whose madness escalates as his life draws toward inevitable suicide. (synopsis from Goodreads).

Well, I’m unsure on this one really. There were moments while reading where I genuinely liked what I was reading; these parts were engaging and exciting, and written in such a way that I started to really get to grips with the issues surrounding some of the characters. However, a combination of the misleading thinness of the book, and the continuous writing style that she exhibits in this book really through me off.

After a while into reading I found myself getting ery bored with what was going on. I’m sure for some the things that happened to the characters in the book came across interesting, but I got so involved in what the characters that it soon became very apparent that the lives they lead were actually rather dull – not something I needed to read while being trapped in my home.

It wasn’t all doom and gloom, as I said in my opening, there were parts of this book that I actually rather enjoyed…

At the end of the day…

I most likely won’t be giving this book another read. Not to say that I won’t try out any more of Virginia Woolf’s books, but this one just wasn’t for me. It became dull and monotonous, and focused on characters that I just didn’t find entertaining at all.

Like I said before, if the story had been entirely focused on Septimus Warren Smith, I would’ve been gripped from beginning to end. In another life I would be reading about teh true heartache of this distraught character, however that isn’t the life we live.