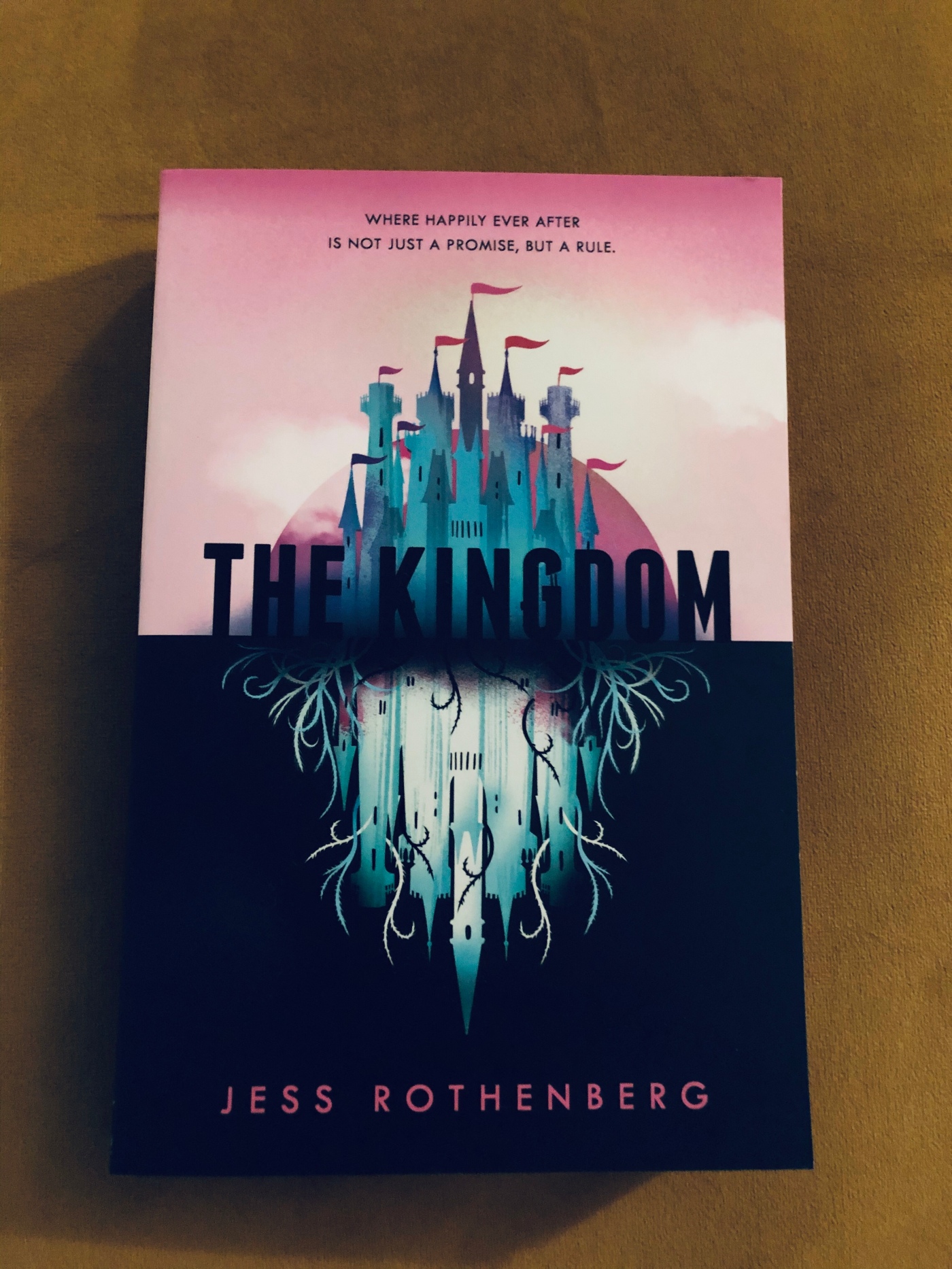 So its been a while since I’ve been able to just see a book in a shop and buy it straight up. Mainly becuase I’ve had a million books at home to read through, but now I’ve got through them I came across The Kingdom. The front-cover looked pretty cool and it looked like a dark twist on classic fairytales, so I was sold from the get go.

Glimmering like a jewel behind its gateway, The Kingdom is an immersive fantasy theme park where guests soar on virtual dragons, castles loom like giants, and bioengineered species–formerly extinct–roam free.

Ana is one of seven Fantasists, beautiful “princesses” engineered to make dreams come true. When she meets park employee Owen, Ana begins to experience emotions beyond her programming including, for the first time… love.

But the fairytale becomes a nightmare when Ana is accused of murdering Owen, igniting the trial of the century. Through courtroom testimony, interviews, and Ana’s memories of Owen, emerges a tale of love, lies, and cruelty–and what it truly means to be human. (synopsis from Goodreads)

With no prior knowledge of this book I found myself enjoying this book, it didn take a little while for me to get into it, but after a couple chapters it finally engaged me. It was just what I expected, it provided a dark twist on a Disney-esque story, with our main protagonist, Ana, being a humanoid princess who works and lives in the park.

There were parts of the book that got really dark, with Ana’s interpretation and mis-understanding of certain events making the story delve into a much darker place than I thought it would go. This was definitely the driving force of the book, with court documents weaved in to help allude to upcoming events.

However, there were a few moments where I thought that the book was starting to lose the plot a bit. Firstly, I wasn’t entirely sure what Ana was suposed to be; in some accounts it implies she is a girl who has been turned into an android, then other times she has been created specifically by the park. Secondly, as interesting as the court-documents were, having htem att he beginning of each chapter, revealed big surprises making the chapters fairly predictable.

This would be a great book for a younger audience who are looking for something similar to Disney but with a much darker twist. It can be fairly easy to read, but the plot just start to get a little all over the place as you get further into the book.

After a while the book loses track of the main character. It wasn’t long before I was confused as to whether Ana, the protagonist, was a robot, a cyborg or something entirely different.

At the end of the day, the book isn’t unbearable to read – if anything is can be quite fun. It just has its moments where you need to take what the book throws at you with a pinch of salt.